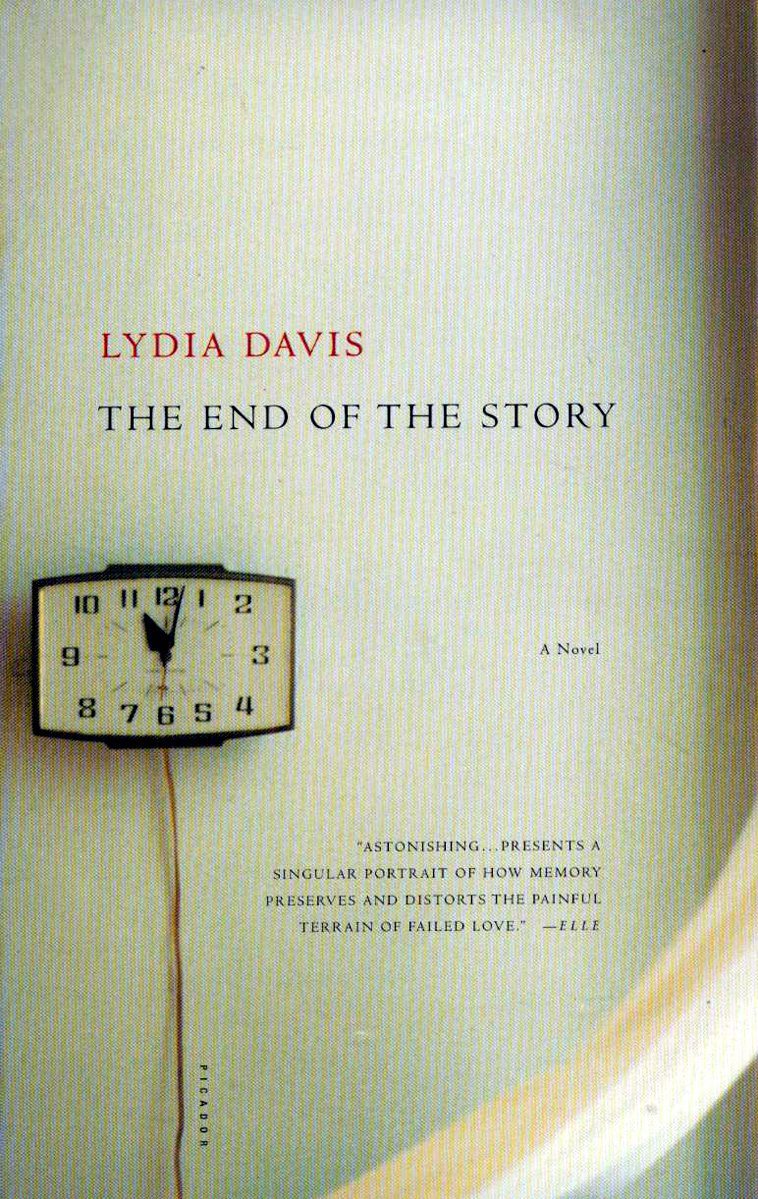 Editor’s Note: Is there an art to ending a story? You come to the end of your story…then what? Is that it? Is that all? Fini? Does a story ever end? “What’s the end of the story?” you plead. “Tell me!”

I’m going to end it right here for now and pass it on to Lydia Davis, an excerpt from her extraordinary novel/memoir/essay THE END OF THE STORY.

Consider this “Lydia Davis, Part 1”. I’ll follow in a few days with Part 2, devoted entirely to her conception, celebration of the short story, some a mere paragraph in length, some disappearing on the page before your very eyes. —norbert blei

This seemed to be the end of the story, and for a while it was also the end of the novel—there was something so final about the bitter cup of tea. Then, although it was still the end of the story, I put it at the beginning of the novel, as if I needed to tell the end first in order to go on and tell the rest. It would have been simpler to begin at the begin¬ning, but the beginning didn’t mean much without what came after, and what came after didn’t mean much without the end. Maybe I did not want to have to choose a place to start, maybe I wanted all the parts of the story to be told at the same time. As Vincent says, I often want more than is possible.

If someone asks me what the novel is about, I say it’s about a lost man, because I don’t know what to say. ..

I have not moved the cup of bitter tea from the beginning, so it may make no sense to say that the end of the story is the cup of bitter tea brought to me in the bookstore as I sat in a chair too tired to move after searching so long for his last address. Yet I still feel it is the end, and I think I know why now.

But first I have to ask myself a question that has been nagging at me: Have I gotten even that particular incident right? Did I look at the expression on the face of the man in the bookstore and sense that the man saw me as a vagrant, and did I later articulate to myself what that im¬pression had been? Or was it only later that I searched for that man’s face in my memory and looked at it and then at the position of his body, motionless or nearly motionless and slightly stooped behind the counter as his face con¬veyed puzzlement; that I either took the face out of my memory or returned in my memory to stand in front of that man’s face and study it? I know that I must have read more on that face later than I did immediately, because later I had more information—for instance, that he had felt enough compassion to bring me a cup of tea, and that therefore behind his expression of puzzlement he was feel¬ing compassion or was about to feel compassion.

I think one reason the cup of tea in the bookstore seems like the end of the story even though the story went on afterward is that I did stop searching for him at that point. Although I still thought, from time to time, that I might see him around the next comer, and although I went on re¬ceiving news of him, I never again tried to get in touch with him by phone or by mail.

Another reason, maybe even more important, is that this cup of tea prepared for me by a stranger to give me some relief from my exhaustion, was not only a gesture of kind¬ness, from a person who could not know what my trouble was, but also a ceremonial act, as though the offer of a cup of tea became a ceremonial act as soon as there was a reason for ceremony, even if the tea was cheap and bitter, with a paper tab hanging over the side of the mug. And since all along there had been too many ends to the story, and since they did not end anything, but only continued something, something not formed into any story, I needed an act of ceremony to end the story. 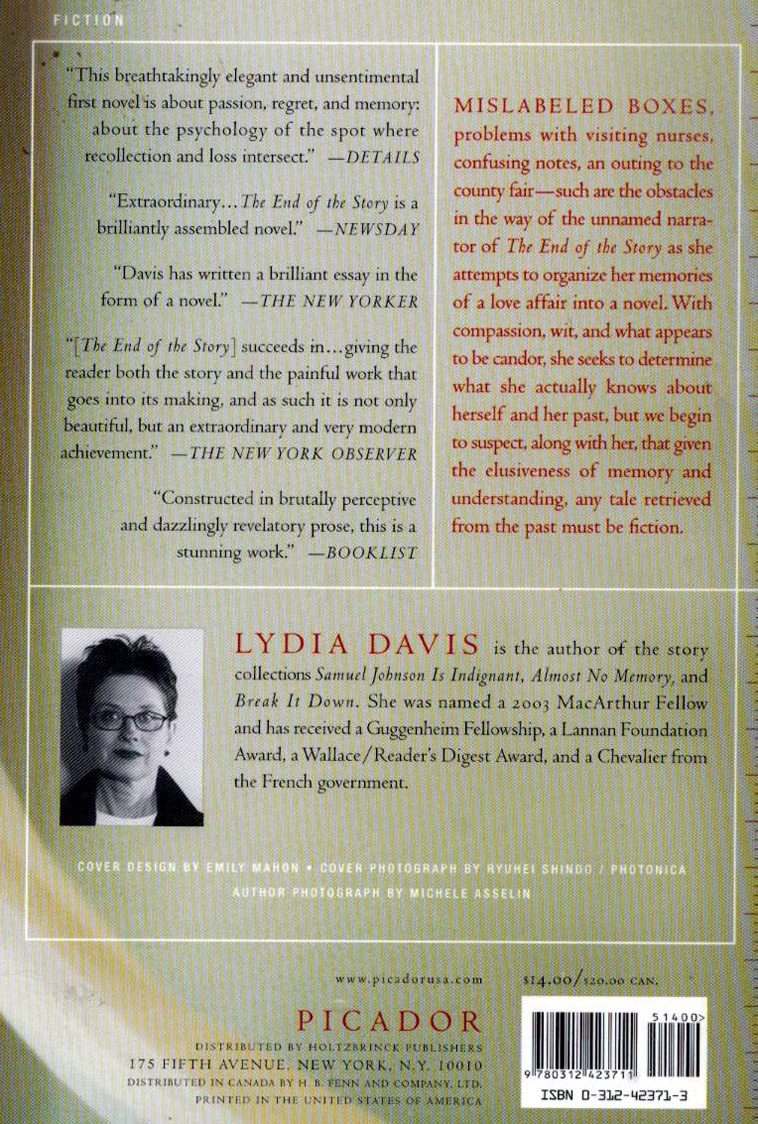 Lydia DavispoetryThe End of the Story