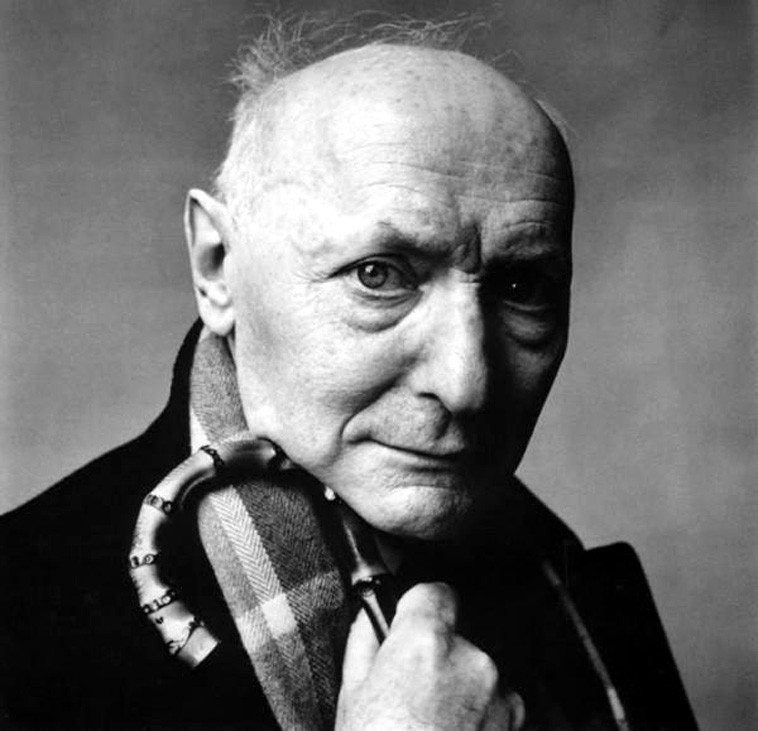 EDITOR’S NOTE: Since “Once Upon a Time” is devoted to the story, I can’t think of a better, world-class storyteller to honor than Singer. I can’t imagine ever teaching a short story class without introducing Singer’s works. There are only two ways to attempt to master the form: Write a story every chance you get; read the best short story writers in the world.

Singer was born in Poland, fled the threatening political conditions there and came to America, where we proudly claim him as one of our own, though his best stories glow with such a sense of the Jewish tradition, the old country…the language, the food, the humor, the love of life, that the reader often finds himself sitting at the family table, sharing everything.

Two of his earliest collections, THE SPINOZA OF MARKET STREET and A CROWN OF FEATHERS guided me for years in my own early pursuit of ‘what-makes-a-good-story?’ and ‘how-does-it-all-come-together?’ There were particular stories in both collections that I read over and over again. I was glad to be reminded of “The Slaughter” recently and can’t wait to revisit both books, and all his stories as soon as time permits.

On another note. A recent post on Poetry Dispatch is devoted to a piece about the killing of timber wolves by writer George Wamser. (A great essay). The excerpt below by Singer (a great story) concerns man’s blood-thirstiness from the perspective and passion only a storyteller steeped in old world tradition can bring to light. — Norbert Blei

(AN EXCERPT)
by
Isaac Bashevis Singer *

Yoineh Meir no longer slept at night. If he dozed off, he was immediately beset by nightmares. Cows assumed human shape, with beards and side locks, and skullcaps over their horns. Yoineh Meir would be slaughtering a calf, but it would turn into a girl. Her neck throbbed, and she pleaded to be saved. She ran to the study house and spattered the courtyard with her blood. He even dreamed that he had slaughtered Reitze Doshe [his wife] instead of a sheep.

In one of his nightmares, he heard a human voice come from a slaughtered goat. The goat, with his throat slit, jumped on Yoineh Meir and tried to butt him, cursing in Hebrew and Aramaic, spitting and foaming at him. Yoineh Meir awakened in a sweat. A cock crowed like a bell. Others answered, like a congregation answering the cantor. It seemed to Yoineh Meir that the fowl were crying out questions, protesting, lamenting in chorus the misfortune that loomed over them.

Yoineh Meir could not rest. He sat up, grasped his side locks with both hands, and rocked. Reitze Doshe woke up. “What’s the matter?”

“What are you rocking for?”

After a while Reitze Doshe began to snore again. Yoineh Meir got out of bed, washed his hands, and dressed. He wanted to put ash on his forehead and recite the midnight prayer, but his lips re­fused to utter the holy words. How could he mourn the destruction of the Temple when a carnage was being readied here in Kolomir, and he, Yoineh Meir, was the Titus, the Nebuchadnezzar!

The air in the house was stifling. It smelled of sweat, fat, dirty underwear, urine. One of his daughters muttered something in her sleep, another one moaned. The beds creaked. A rustling came from the closets. In the coop under the stove were the sacrificial fowls that Reitze Doshe had locked up for the Day of Atonement. Yoineh Meir heard the scratching of a mouse, the chirping of a cricket. It seemed to him that he could hear the worms burrowing through the ceiling and the floor. Innumer­able creatures surrounded man, each with its own nature, its own claims on the Creator.

Yoineh Meir went out into the yard. Here everything was cool and fresh. The dew had fallen. In the sky, the midnight stars were glittering. Yoineh Meir inhaled deeply. He walked on the wet grass, among the leaves and shrubs. His socks grew damp above his slippers. He came to a tree and stopped. In the branches there seemed to be some nests. He heard the twitter­ing of awakened fledglings. Frogs croaked in the swamp beyond the hill. “Don’t they sleep at all, those frogs?” Yoineh Meir asked himself. “They have the voices of men.”

Since Yoineh Meir had begun to slaughter, his thoughts were obsessed with living creatures. He grappled with all sorts of questions. Where did flies come from? Were they born out of their mother’s womb, or did they hatch from eggs? If all the flies died out in winter, where did the new ones come from in summer? And the owl that nested under the synagogue roof — what did it do when the frosts came? Did it remain there? Did it fly away to warm countries? And how could anything live in the burning frost, when it was scarcely possible to keep warm under the quilt?

An unfamiliar love welled up in Yoineh Meir for all that crawls and flies, breeds and swarms. Even the mice — was it their fault that they were mice? What wrong does a mouse do? All it wants is a crumb of bread or a bit of cheese. Then why is the cat such an enemy to it?

Yoineh Meir rocked back and forth in the dark. The rabbi may be right. Man cannot and must not have more compassion than the Master of the universe. Yet he, Yoineh Meir, was sick with pity. How could one pray for life for the coming year, or for a favorable writ in Heaven, when one was robbing others of the breath of life?

Yoineh Meir thought that the Messiah Himself could not redeem the world as long as injustice was done to beasts. By rights, everything should rise from the dead: every calf, fish, gnat, butterfly. Even in the worm that crawls in the earth there glows a divine spark. When you slaughter a creature, you slaughter God…. 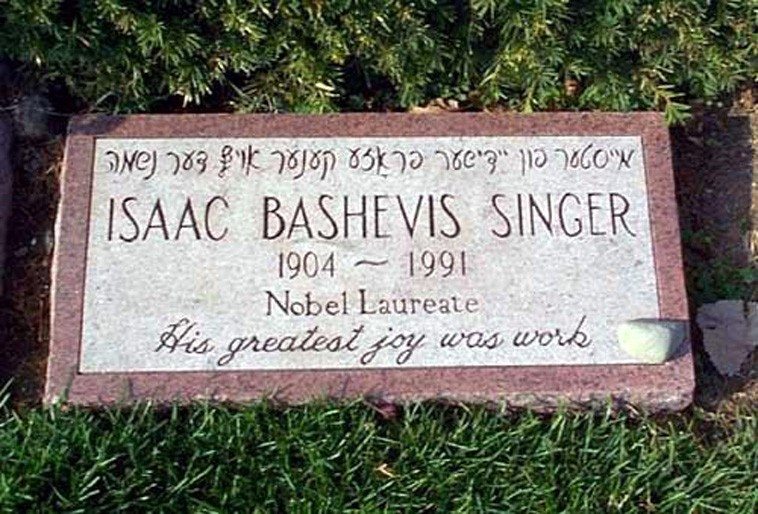 Jewish American author Isaac Bashevis Singer was born in Poland in 1902 and emigrated to the U.S. to escape the threat of Nazism. The winner of two U.S. National Book Awards and the 1978 Nobel Prize in Literature, he is best known for his short stories about Eastern European Jewry. Singer was an outspoken vegetarian for the last thirty-five years of his life, writing, “In their behavior toward creatures, all men are Nazis.” He died in 1991 at the age of eighty-eight. The following is excerpted from his story “The Slaughterer,” in which the pious man Yoineh Meir hopes to be named rabbi of his town but is instead appointed to be the ritual slaughterer. The story originally appeared in The New Yorker in 1967. From The Collected Stories, by Isaac Bashevis Singer. Copyright © 1982 by Isaac Bashevis Singer. Reprinted by permission of Farrar, Straus and Giroux, llc.