The New, the Old, the Untold Story:
THE TIGER’S WIFE by Téa Obreht

This is not a review, a recommendation, so much as an extenuation (‘confirmation?’) of a personal sense of story that I attempted to advance in a previous Once Upon a Time (“Original Sources #2: The Folk and Fairy Tale”.

My concern was, and remains, a writer’s ethnic past—if he or she was a childhood witness at that impressionable time, or fortunate to have tales passed down from the family, a parent, a grandfather, a grandmother. If not that, then at least a familiarity and love of story tradition based upon folklore, fable, fairy tale, myth… The whole beginning, middle, and end.

I believe this matters in the development of a short story writer. In “Original Sources, #2, referred to above, I re-printed an early story of my own, “The Old Woman’s Preserves” to illustrate where I’ve been, where I’m coming from: the roots of memory, image, transformation, language, in pursuit of telling a tale with a sense of art. 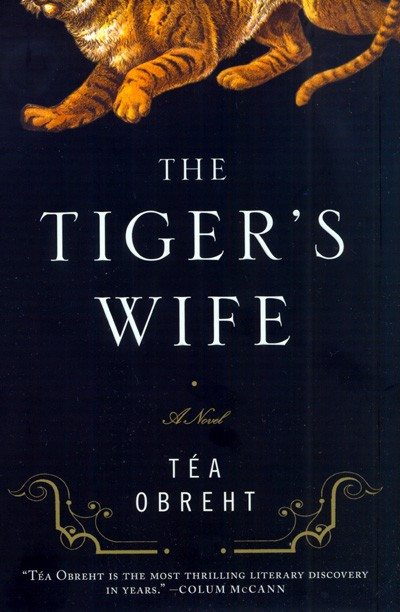 All of which leads to this recent book, THE TIGER’S WIFE by Téa Obreht, which has received nothing but rave reviews. Which I am sometimes suspicious of, especially in The New York Times, which at times goes overboard, (‘marketing mania’ for the New York publishing scene), often advancing the East Coast chosen at the expense of hundreds of other exceptionally fine books and authors that never receive the exposure they deserve, nationally and beyond.

The New York Times gave THE TIGER’S WIFE a ‘sacred’ Sunday review (front cover, March 13, 2011), plus a review two days earlier by their esteemed book critic, Michiko Kakutani, “Luminous Fables In a Lost Land” (“luminous” seems to be the operative word here as it appears almost as a sub-title wherever another review or blurb appears) plus at least one or two other follow-up stories so far in other sections.

That being said, I bought the book. I read it. I loved it. It’s luminous.

What I particularly loved about it is that the author, Téa Obreht (25 years old) confirms what I set out to say, sometimes teach, and seek to practice in the art of the story. She could not have written this novel that sings in a reader’s hands without a reverence for her own past and the spirit to transform old tales to the highest form of art.

“Everything necessary to understand my grandfather lies between two stories: the story of the tiger’s wife, and the story of the deathless man. These stories run like secret rivers through all the other stories of his life…”

Two more things. Since I am not reviewing this book so much as shouting “YES!”, and since there are plenty of great reviews out there already, let me begin to end this by first quoting a small passage from the front cover-flap to give a little more detail about the book, then secondly, finally, bring home, raise a final issue about the book and my sense of story telling. 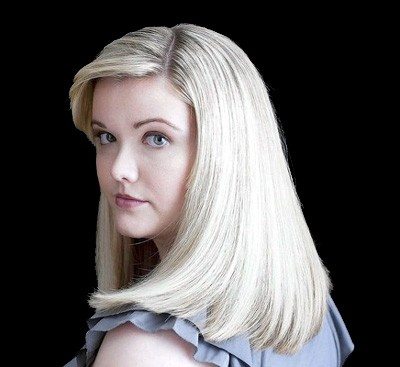 In a Balkan country mending from years of conflict, Natalia, a young doctor, arrives on a mission of mercy at an orphanage by the sea. By the time she and her lifelong friend Zora begin to inoculate the children there, she feels age-old superstitions and secrets gathering everywhere around her. Secrets her outwardly cheerful hosts have chosen not to tell her. Secrets involving the strange family digging for something in the surrounding vineyards. Secrets hidden in the landscape itself.

But Natalia is also confronting a private, hurtful mystery of her own: the inexplicable circumstances surrounding her beloved grandfather’s recent death. After telling her grandmother he was on his way to meet Natalia, he instead set off for a ramshackle settlement none of their family had ever heard of and died there alone. A famed physician, her grandfather must have known that he was too ill to travel. Why he left home becomes a riddle Natalia is compelled to unravel.

Grief struck and searching for clues to her grand¬father’s final state of mind, she turns to the stories he told her when she was a child. On their weekly trips to the zoo he would read to her from a worn copy of Rudyard Kipling s The Jungle Book, which he carried with him everywhere; later, he told her stories of his own encounters over many years with “the deathless man,” a vagabond who claimed to be immortal and appeared never to age. But the most extraordinary story of all is the one her grandfather never told her, the one Natalia must discover for herself…

The final point here, and a significant theme in the book, is the last line in the above, “…the most extraordinary story of all…the one never told…”

At one point in the novel, the grandfather leads Natalia on an excursion to see a wild animal abandoned by a small, failed circus. He wants her to see what he sees. “I don’t see anything,” she says. “Yes you do”: he replies. “You do, Natalia. Look.”

“You must understand,” the grandfather says, “this is one of those moments …One of those moments you keep to yourself…this is yours. It belongs only to you. And me. Only to us….”You have to think carefully about where you will tell it, and to whom….” –Norbert Blei

A Nest Of Hooks