A Nest Of Hooks

Let me introduce you to Lon Otto’s take on the tale (below). Maybe it’s human nature, maybe it’s the New York publishing market, maybe it’s good old academia that’s always looking for a new label for something like the story that’s been around forever but suddenly finds it necessary reclassify the work as “minimalism”, “flash fiction”, “micro fiction”, etc.

Stories are on our minds, in our hearts, alive in our dreams…we go around telling them all of our lives–some of us taking the time, making a life of making up our own, writing them down, perfecting them in the way of art so they will not be forgotten.

Ron Otto began publishing his before someone came up with the term: minimalist fiction. They remain just stories, fashioned by his own hand and intellect. –Norbert Blei

DOWN IN THE COURTYARD, sparrows are feeding on the bread crumbs my landlady has thrown out to them after breakfast. They keep a few inches between them as they hop about nervously, first one hopping, then another, this way and that, one, two hops at a time, relationships constantly changing. It is like watching a complicated board game. I don t know the rules, but the movements of the small brown counters are swift and sure. The game moves along well, and I don’t know the rules.

THEY ARE SITTING BESIDE EACH other on the edge of her bed, quiet, their arms around each other, murmuring to each other from time to time in low, exhausted voices. Both have been crying, or have been held at the edge of tears by the intensity and difficulty of their raw-nerved, night-long talk. They are emotionally drained but happy, having finally resolved, torn away finally what has long been a razor between them. Their hands have long come away bone sliced, tendon severed, when either reached out to the other.

Now that is gone, they have beaten, bloodied their way through it tonight, it will be all right between them again, they have never been closer. He kisses her tenderly, rises; he goes to the bathroom. When he returns, she is writing in a notebook and does not look up when he returns. Something cold and heavy crawls into his stomach and settles there. She loves him more than he will ever love her.

A MAN IS AT A PARTY WITH HIS former lover and her new husband, She is in one part of the room with her husband, talking with some old friends. He is a little ways off, telling a story. And then he starts making a peculiar kittenish, rhythmical crying sound, then continues with his story.

She and her husband do not look at each other. It is the sound she makes while making love. He does not pay any attention to them. The story is not about her; it is just that the woman in his story makes the same sound in bed as she makes. There is a certain tension in the room. 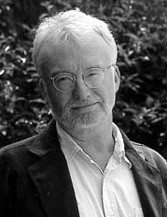 Please Note: The complete book can be downloaded for free by clicking here…

Ethnic Humor: The Joke As Story