If I Die In A Combat Zone, Box Me Up And Ship Me Home 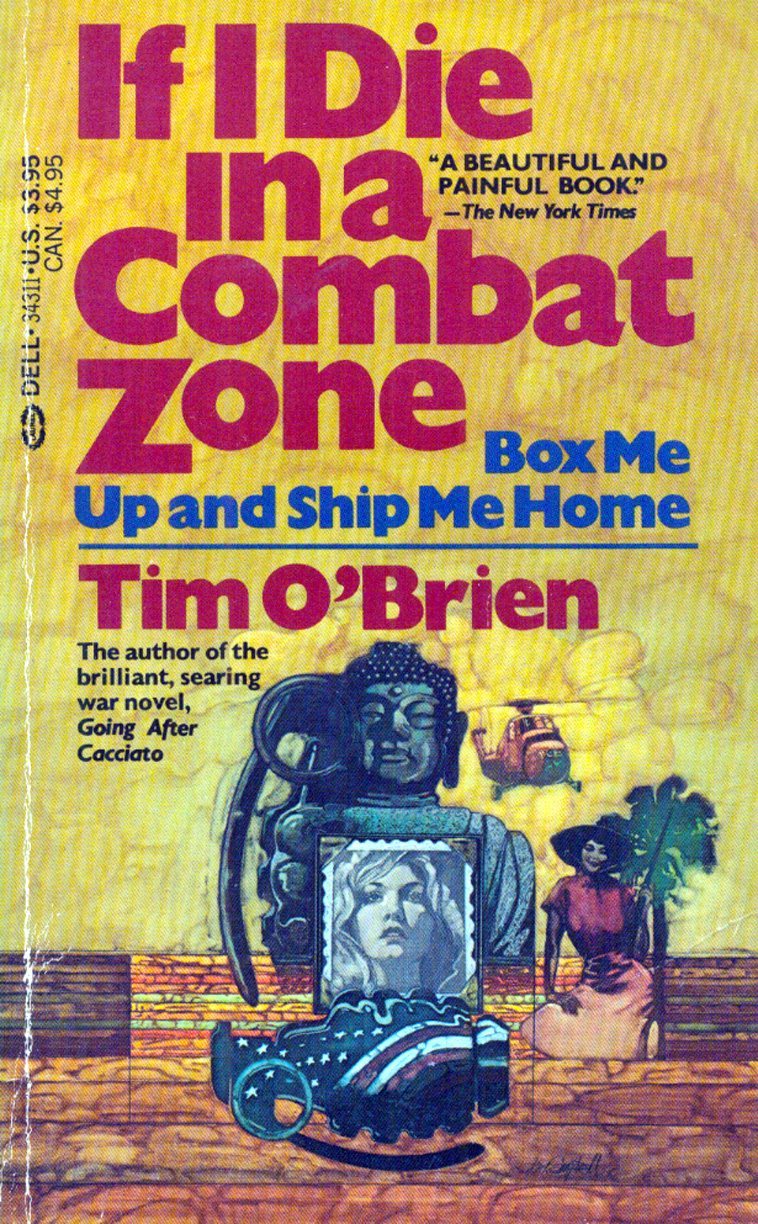 I’ve just begun and already I know this piece is going to get out-of-hand, bring up things I never intended to say. My purpose in this “Once Upon a Time” was to illustrate how chapters in novels are often short stories in themselves. And that some novelists work entirely in that mode: every chapter another short story in a longer narrative unfolding, integrated, from beginning to end. The writer Tim O’Brien often works in this way. Then again, there are no rules when it comes to a novel. Here’s Chapter X from O’Brien’s, IF I DIE IN A COMBAT ZONE, Box Me Up and Ship Me Home (his first ‘novel’):

The Man at the Well

He was just an old man, an old Vietnamese farmer.

His hair was white, and he was somewhere over seventy years, stooped and hunched from work in the paddies, his spine bent into a permanent, calcified arc. He was blind. His eyes were huge and empty, glistening like aluminum under the sun, cauterized and burnt out. But the old man got around.

In March we came to his well. He stood and smiled while we used the water. He laughed when we laughed. To be ingratiating he said, “Good water for good GI’s.” Whenever there was occasion, he repeated the phrase.

Some children came to the well, and one of them, a little girl with black hair and hoops of steel through her ears, took the old fellow’s hand, helping him about. The kids giggled at our naked bodies. A boy took a soldier’s rifle from out of the mud and wiped it and stacked it against a tree, and the old man smiled.

Alpha Company decided to spend the day in the old man’s village. We lounged inside his hut, and when resupply choppers brought down cold beer and food, we ate and wasted away the day. The kids administered professional back rubs, chopping and stretching and pushing our blood. They eyed our C rations, and the old blind man helped when he could.

When the wind stopped and the flies became bothersome, we went to the well again. We showered, and the old fellow helped, dipping into the well and yank­ing up buckets of water and sloshing it over our heads and backs and bellies. The kids watched him wash us. The day was as hot and peaceful as a day can be.

The blind old farmer was showering one of the men. A blustery and stupid soldier, blond hair and big belly, picked up a carton of milk and from fifteen feet away hurled it, for no reason, aiming at the old man and striking him flush in the face. The carton burst. Milk sprayed into the old man’s cataracts. He hunched forward, rocking precariously and searching for balance. He dropped his bucket. His hands went in his eyes then dropped loosely to his thighs. His blind gaze fixed straight ahead, at the stupid soldier’s feet. His tongue moved a little, trying to get at the cut and tasting the blood and milk. No one moved to help. The kids were quiet. The old man’s eyes did a funny trick, almost rolling out of his head, out of sight. He was motionless, and finally he smiled. He picked up the bucket and with the ruins of goodness spread over him, perfect gore, he dunked into the well and came up with water, and he began showering the next soldier.

I began thinking of the work of O’Brien the other night, remembering how “way leads on to way”…and found myself caught up once again in too many other directions… ‘war’ rearing its ugly head…and off I go:

There is something about the literature concerning Viet Nam that won’t leave me alone, continues to call me back into that mess at least once a year. Something about that time in America, something about innocent lives lost, the slaughter of our young—for what? Something maybe not all that different from the present time: the American lives we sacrifice in stupid wars. Though the angry voices of protest seem so much quieter. Inaudible. Hardly voiced at all these days when war is reduced to an occasional blip on the evening news, something politicians (most of whom have never served) tell us about once in a while, when it may be to their advantage for re-election.

I open O’Brien’s IF I DIE IN A COMBAT ZONE, Box Me Up and Ship Me Home to a page I marked in pencil many years ago. The main character (who just happens to be named O’Brien) has been told by his first sergeant to speak to the chaplain regarding his doubts about the war.

“The chaplain weeds out the pussies from men with real problems,” the first sergeant tells him.

“Sir, if we could just forget the details. [the character O’Brien says to the chaplain, Captain Edwards] All I want I is some advice. I don’t think we can convince each other of anything, not about politics. But assuming, sir—just assuming—that I truly believe the war is wrong. Is it then also wrong to go off and kill people? If I do that, what happens to my soul? And if I don’t fight, if I refuse, then I’ve betrayed my country, right?”

A “searing war novel”; “a beautiful and painful book”; “fast…compelling…exciting”; “the foot soldier’s best personal account of America’s worst war,” just some of the critical praise.

A novel? A journal? A book of historical fiction?

I’d say a memoir… before memoir became whatever it is today.

I sat down and read the book again. It’s as good a read as it was since its publication in 1973.

I was once fortunate to be part of a Writers’ Conference in Minnesota and sit on a panel with O’Brien and two or three other Midwestern writers. He was the headliner for sure. A Minnesota boy (from Worthington) who, after seriously considering a run to Canada, went to war, lived it, hated it, questioned it constantly, took notes, came back, put it all down in stories, and published some stunning books. “Done good.”

Being a true, self-effacing Minnesotan, O’Brien called no attention to himself at the conference. Just a good guy wearing a baseball cap, a little on the quiet-side, who knew a hell of a lot more about writing and war than anyone else on the panel or in the audience. I don’t have a clue what the discussion was all about. But I’m glad I was there. And I’m glad I had a chance to meet him, hear him read, entertain every question from the audience, and talk with him a little.

I even had the audacity to give him some advice. What the hell was I thinking? Who the hell was I to advise him about the writing game? He had another stunning book under his belt, GOING AFTER CACCIATO, which had received rave reviews: “…The finest piece of American fiction to emerge from the Vietnam War,” according to the Baltimore Sun.

But my heart was in the right place. I felt I knew enough about the dangers of the New York publishing mafia and how it destroyed successful writers…and…and…well, I just wanted to caution him. He was too good, too necessary a writer of our time to be sacrificed to the American publishing machine which I was sure, was out to crank every last ounce of “Vietnam” out of him for every last dollar.

Don’t let them turn you into a one-trick pony, I said to him. Or something to that effect. Explore other directions.

He came back with a number of successful to mildly successful good books in time and continues to do so. Some about Vietnam, others a bit beyond.

But in 1994 he published IN THE LAKE OF THE WOODS, which captures the American psyche…well, the way Fitzgerald’s GATSBY did. The way only a handful of American writers have so done.

IN THE LAKE OF THE WOODS is not about Vietnam…then again Vietnam continues to lurk beneath everything in the American soul. “America’s mysteriously aligned obsessions with politics and violence.” It’s a mystery, it’s a love story, it’s…one of those novels which gets better and better with age. “Required reading” for sure.

I had two identical copies of that book on my shelf for a long time, and a few years ago, pulled one off the shelf to give to a friend.

“Read this. Keep it. You’ll want to read it more than once. Pass it on.”

I took the remaining copy down last night, opened it, decided this is just the story I need to read again, and accidentally discovered on the title page: “To Norb, Peace, Tim O’Brien.”

(What was that ‘the unreliable narrator” wrote about ‘chance’ recently in “North of Kafka? 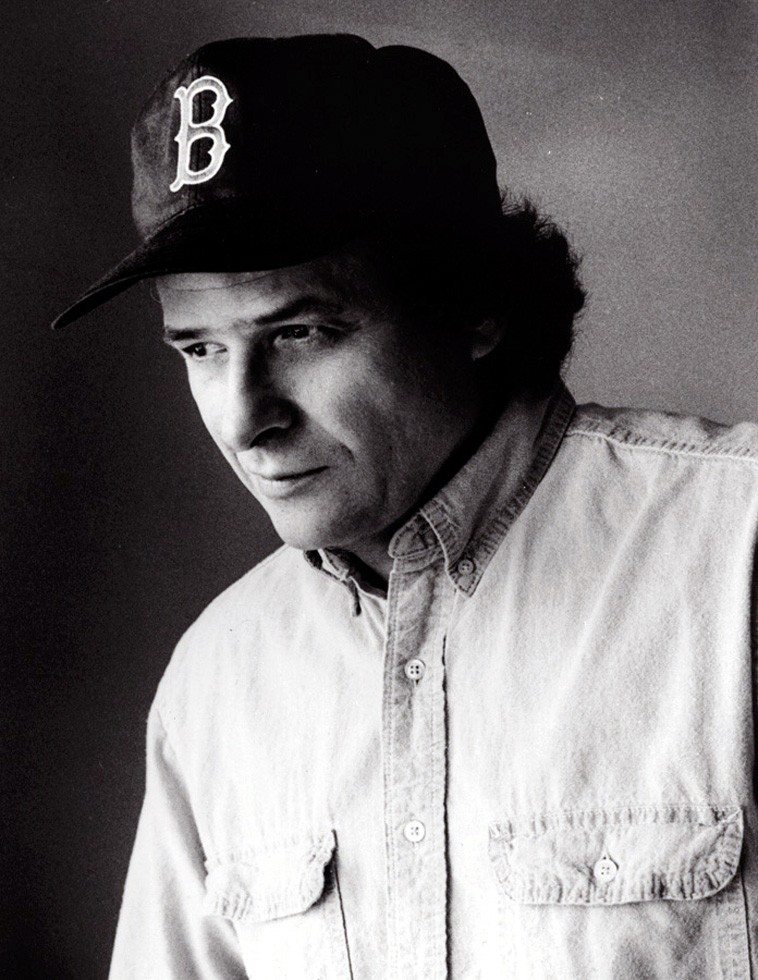