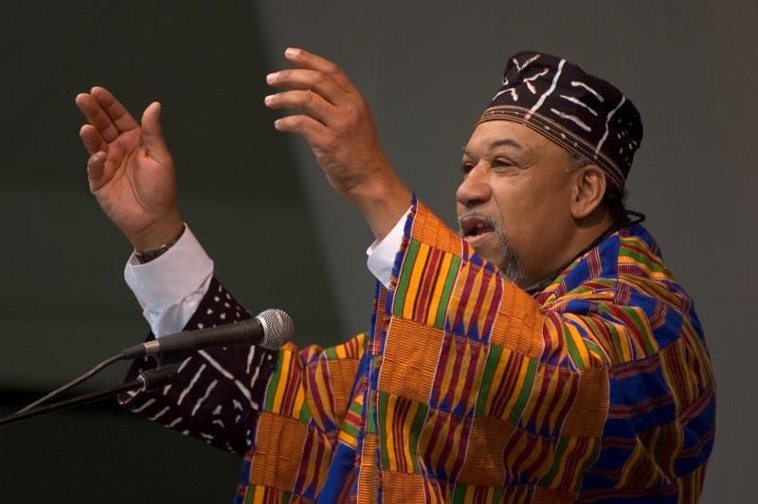 The Art of Listening
by
Henning Mankell*

I came to Africa with one purpose: I wanted to see the world outside the perspective of European egocentricity. I could have chosen Asia or South America. I ended up in Africa be­cause the plane ticket there was cheapest.

I came and I stayed. For nearly 25 years I’ve lived off and on in Mozam­bique. Time has passed, and I’m no longer young: in fact, I’m approaching old age. But my motive for living this straddled existence, with one foot in Af­rican sand and the other in European snow, in the melancholy region of Norrland in Sweden where I grew up, has to do with wanting to see clearly, to un­derstand.

The simplest way to explain what I’ve learned from my life in Africa is through a parable about why human be­ings have two ears but only one tongue. Why is this? Probably so that we have to listen twice as much as we speak.

In Africa listening is a guiding princi­ple. It’s a principle that’s been lost in the constant chatter of the Western world, where no one seems to have the time or even the desire to listen to any­one else. From my own experience, I’ve noticed how much faster I have to an­swer a question during a TV interview than I did 10, maybe even 5, years ago. It’s as if we have completely lost the ability to listen. We talk and talk, and we end up frightened by silence, the refuge of those who are at a loss for an answer.

I’m old enough to remember when South American literature emerged in popular consciousness and changed for­ever our view of the human condition and what it means to be human. Now, I think it’s Africa’s turn.

Everywhere, people on the African continent write and tell stories. Soon, African literature seems likely to burst onto the world scene — much as South American literature did some years ago when Gabriel Garcia Marquez and oth­ers led a tumultuous and highly emo­tional revolt against ingrained truth. Soon an African literary outpouring will offer a new perspective on the human condition. The Mozambican author Mia Couto has, for example, created an Afri­can magic realism that mixes written language with the great oral traditions of Africa.

If we are capable of listening, we’re going to discover that many African narratives have completely different structures than we’re used to. I over­simplify, of course. Yet everybody knows that there is truth in what I’m saying: Western literature is normally linear; it proceeds from beginning to end without major digressions in space or time.

That’s not the case in Africa. Here, in­stead of linear narrative, there is unre­strained and exuberant story telling that skips back and forth in time and blends together past and present. Someone who may have died long ago can in­tervene without any fuss in a conversa­tion between two people who are very much alive. Just as an example.

The nomads who still inhabit the Kal­ahari Desert are said to tell one another stories on their daylong wanderings, during which they search for edible roots and animals to hunt. Often they have more than one story going at the same time. Sometimes they have three or four stories running in parallel. But before they return to the spot where they will spend the night, they manage either to intertwine the stories or split them apart for good, giving each its own ending.

A number of years ago I sat down on a stone bench outside the Teatro Avenida in Maputo, Mozambique, where I work as an artistic consultant. It was a hot day, and we were taking a break from rehearsals so we fled outside, hop­ing that a cool breeze would drift past. The theater’s air-conditioning system had long since stopped functioning. It must have been over 100 degrees inside while we were working.

Two old African men were sitting on that bench, but there was room for me, too. In Africa people share more than just water in a brotherly or sisterly fashion. Even when it comes to shade, people are generous.

I heard the two men talking about a third old man who had recently died. One of them said, “I was visiting him at his home. He started to tell me an amaz­ing story about something that had hap­pened to him when he was young. But it was a long story. Night came, and we decided that I should come back the next day to hear the rest. But when I ar­rived, he was dead.”

The man fell silent. I decided not to leave that bench until I heard how the other man would respond to what he’d heard. I had an instinctive feeling that it would prove to be important.

Finally he, too, spoke.

“That’s not a good way to die — be­fore you’ve told the end of your story.”

It struck me as I listened to those two men that a truer nomination for our spe­cies than Homo sapiens might be Homo narrans, the storytelling person. What differentiates us from animals is the fact that we can listen to other people’s dreams, fears, joys, sorrows, desires and defeats — and they in turn can lis­ten to ours.

Many people make the mistake of confusing information with knowledge.

They are not the same thing. Knowl­edge involves the interpretation of in­formation. Knowledge involves listen­ing.

So if I am right that we are storytell­ing creatures, and as long as we permit ourselves to be quiet for a while now and then, the eternal narrative will con­tinue.

Many words will be written on the wind and the sand, or end up in some obscure digital vault. But the storytell­ing will go on until the last human being stops listening. Then we can send the great chronicle of humanity out into the endless universe.

Who knows? Maybe someone is out there, willing to listen …

*Henning Mankell is the author of many books, including the highly acclaimed Wallander novels (Swedish noir). This article was translated from the Swedish by Tina Nunnally and appeared in the New York Times on December 11, 2010.