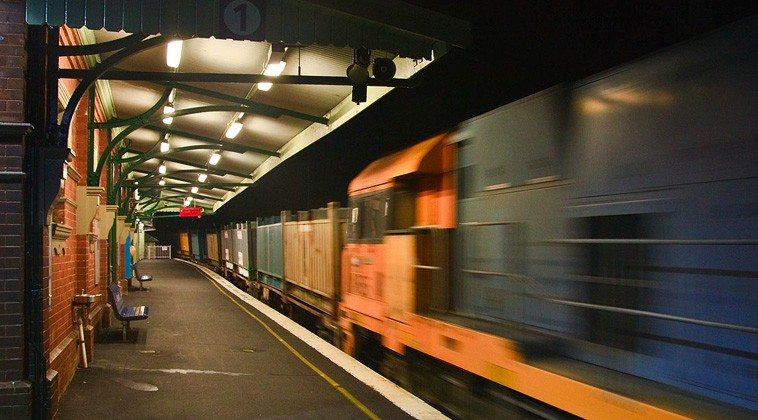 Her name was Christine. He didn’t know how to talk to her, so he wrote her a poem in which he compared her to the Burlington Northern southbound out of Fort Collins. He told her about the way he used to stand on the tracks in the dazzle of the headlight. He liked to step aside and stand on the tie edge to feel the thunder in his bones. Between the quaking of the cinders and his joy, the engine would almost bring him to his knees. The diesel throb in his guts would ebb until it was only sound, and then the cars—some shrieking on their springs—would clataclat clataclat on by. He’d choose one car, and at a trot he would swing aboard the ladder. He’d feel the night air in his hair, and the cars nearest him would have a music all their own, a rhythm he could never hear if he only stood near the track as each one passed. The horn would sound for the last intersection, a song sweet as jazz. Then, from even fifty cars away, he would feel the vibration of the engine digging in. He would dream for a moment of hanging on, of riding the coupling platform through the night, riding for weary hours in a white-knuckled crouch until the daylight would show him the red hills of New Mexico and the smell of juniper would be In the air. Then he’d leave the dream to notice how fast the ties were flying beneath him. He’d lean out into the wind at the edge of town, and he’d launch himself into the void and land running with a jar he would feel all the way up his spine, a shock he would feel as a flash of white and the taste of electricity, and he’d run and run blindly and sometimes stumble in the cinders and scrape his knuckles and bang his knee. When he could stop at last he’d hear the blood rushing in his ears for a long time while he felt the train rush on and recede, and he’d watch the stars wheel awhile and when he walked home there’d be a ringing in his ears but gently.

He tried to put this in the poem. It was four pages long and ended:

He never heard a word from her, not even to acknowledge that she had received the poem. What woman wants to hear she is like the Burlington Northern southbound?