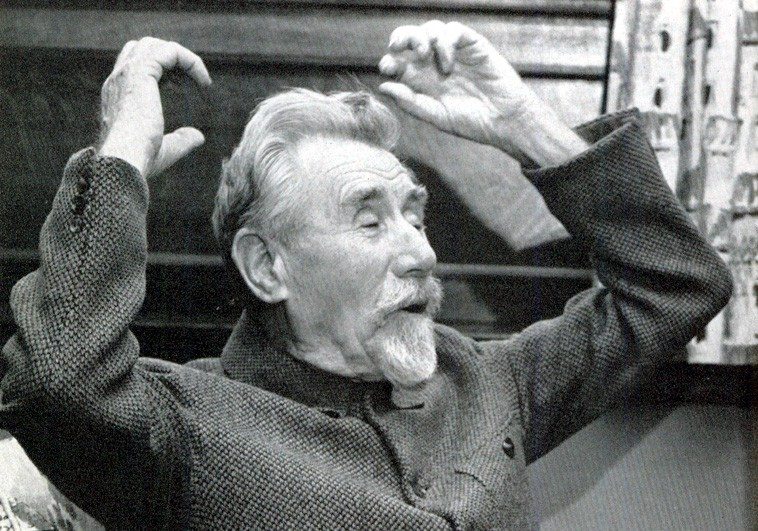 Editor’s Note: Around 1956 I was a big city (Chicago/neighborhood) loner of a kid lost in central Illinois, renting a room in a beautiful, old white frame house on the outskirts of town, within walking distance to the small college where I entered as a junior, studying to become a teacher. It was a beautiful setting. A beautiful time in my life. My first experience living alone. And I loved it. Freedom beyond exhilaration.

What I really wanted to be of course was a writer. But I had not the guts, the wherewithal, the slightest idea where or how to begin. (You didn’t “study” writing at that time. You just did it.) I probably kept a notebook then. I wish I had it now.

I was a reader, having just consumed a ton of Thomas Wolfe, who only fanned the flame. I was a closet writer—a couple of pieces published in a literary magazine of the even smaller, two-year community college I attended back home. I never worked or wrote for my high school or college newspaper. I never worked on a school yearbook. Those people were all smarmy ‘professionals.’ Not my tribe. I kept my story to myself. (I’m still that way.)

For a small college in nowheresville, Illinois, I garnered an extraordinary education in literature. A handful of extraordinary teachers. And experiences like the following, which would stay with me, become part of my writer’s DNA more than fifty years later.

I speak of meeting my one and only “shanachie”, one evening in the student lounge, no more than ten of us, sitting around, listening to him…this old guy who looked like, sounded like, acted like somebody “just off the boat.”

I’m not sure how he ever found his way to this small college in central, Illinois. Obviously the English department had something to do with it. Or perhaps the old maid professor I had who taught one of the most relevant courses in all my years of education: World Literature.

No doubt she introduced us to Irish writing. I certainly had not read Joyce by then. Or Yeats, to any depth or extent. But I had tasted of, and loved, the short stories of Frank O’Connor and Sean O’Faolain. And I knew something important was going on there in setting, sensibility, common “every-day-ness.” A “language” and people I was familiar with. My Slavic background of stories told around the kitchen table, in parlors, at any gathering of ‘our tribe” was directly connected to the “once upon a time” of Irish tellers of tales.

Seumas MacManus sat in a chair near me that night. He was dressed in clothing so old and odd-looking that it was hard to believe the man was real. He seemed to have stepped out of the old country, out of Yeats’ CELTIC TWILIGHT… out of the fiction of one of his own tales.

And then he began to speak in stories… –Norbert Blei

STORYTELLING is the oldest and surely one of the loveliest of the arts, and when the world was younger, lustier and, in not a few ways, better, than today, it was necessarily one of the most prized, so largely did all the peoples depend on it for their nightly entertainment.

But today storytelling has become all but a lost art in almost every country. But my country, Ireland, cherished it most, brought it to greater perfection and held to it longest of all the western nations. The shanachie (storyteller) and the Bard, oft-times one, held the most honored place at court of every Prince and Chief, as well as in the hearts of the people. Long and hard years of learning for the noble profession they served in the Bardic schools, and rare were their rewards when at length they were vested with the cloak of the profession.

The art took a long, long time to wane with our people. In my childhood days, in my Donegal mountains, though the schooled professional shanachie had long disappeared, the homespun storyteller was plentiful—and cherished. There still was not a hill nor a glen but had its noted, sometimes famed and beloved practitioner who had inherited the great wealth of the ancient tales and spent the nights in lavish bestowment of his rare riches on the needy souls surrounding him. By a hundred happy hearths on a thousand golden nights, then I, with my fellows, enthroned me under the chimney brace, or in circle, hunkered on the floor in the fire glow, heartening to the recital, and spellbound by the magic of the loved tales so lovingly told by fear-a^tighe (man-of-the-house) or bean-a-tighe (woman-of-the-house). Not many women could be termed shanachie, but she was a poor mother who had not at least a dozen or twenty tales on which to bring up her children.

Thus and so, we Donegal children learnt the folk stories and the telling of them. Thus and so it was that we in turn propagated them. Thus and so it was that these fascinating tales through the long, long ages, gave to millions after millions, entertainment, happiness, joy, as well as the awakening and development in them of that beautiful imagination and sense of wonder that lightened, brightened and gilded lives that through near-hunger, hard labor and perpetual struggle with fate might well be expected to have been sore and sour to bitterness.

But the circumstances hard or otherwise, storytelling was ever a propagator of joy. The advent of printing and growth of reading it was that began the decline and finally the practical extinction of the hallowed art. Yet no multiplication of books and mushrooming of readers could compensate the world for the sad loss incurred. The read story never did, never will come near the benefiting quality of the told story. Two of the essential good qualities of the latter, the former never can capture. The read story may be said to be a dead story, prone on the printed page, entombed between boards, while the told story is a very much alive story, glowing, appealing and dancing with energetic vitality—the personality and inspiration that the good storyteller can always command into the tale he tells. While the read story may possess the value of the story alone, the told story carries, superimposed on it, the golden worth of a good storyteller’s captivating art and enhancing personality—trebling its wealth. 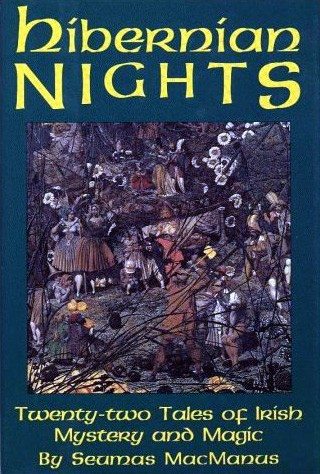 [From the preface to: HIBERNIAN NIGHTS, Twenty-two Tales of magic, mystery and witchery chosen as the cream of his storylore by the last of the true Irish shanachies.]