The Secret Life Of Bees

The Story Notebook
&
The Story within the Story

“Stories have to be told or they die, and when they die, we can’t remember who we are or why we’re here.” –from THE SECRET LIFE OF BEES

Among the various notebooks I have started, kept or abandoned in the course of my writing life, is a notebook (many notebooks) devoted entirely to the story. Every story idea that popped into my head went into this notebook. Since my story ideas usually begin with an image, I would record that image as faithfully and briefly as possible so I would know when I came back to it days, weeks, months, years later, I would know immediately the story I wanted to tell and, in some respects, where to begin. It might be a face, room, a painting, something said which would immediately trigger “Once upon a time”…not so very long ago…

Often in these notebooks I would also record quotations from various books and writers I was reading at the time—such as the one above, leading off this piece. Quotes specifically related to “the story”—the writing of it, the lore and lure of it, the importance of it in all our lives.

Occasionally, in our reading, we come across an added bonus, such as the one below: a story within the very story we are reading (in this case, the fine novel: THE SECRET LIFE OF BEES by Sue Monk Kidd) which adds yet another layer of perspective, especially for those of us who honor and wish to practice the art of the short story.

That’s it. My story for today.Someone else’s story. –Norbert Blei 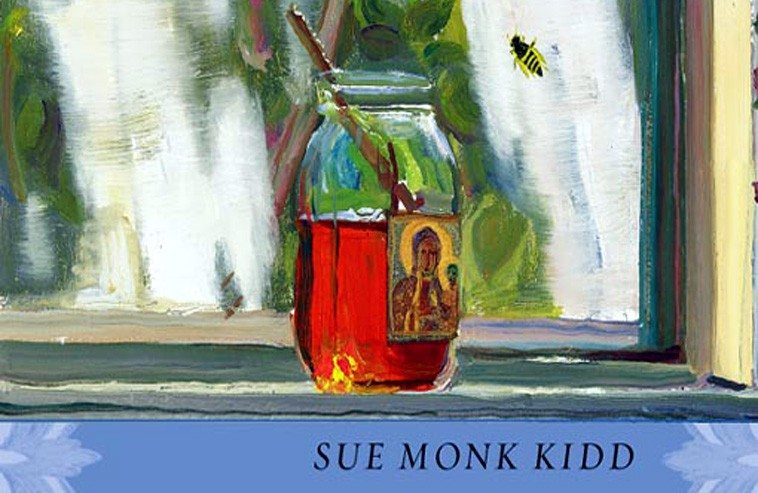 Laying the Bible in her chair, she said, “It’s been a while since we’ve told the story of Our Lady of Chains, and since we have visitors who’ve never heard the story of our statue, I thought we’d tell it again.

“Really, it’s good for all of us to hear it again,” she said. “Stories have to be told or they die, and when they die, we can’t remember who we are or why we’re here.”

Cressie nodded, making the ostrich feathers wave through the air so you had the impression of a real bird in the room. “That’s right. Tell the story,” she said.

August pulled her chair close to the statue of black Mary and sat facing us. When she began, it didn’t sound like August talking at all but like somebody talking through her, someone from another time and place. All the while her eyes looked off toward the window, like she was seeing the drama play out in the sky.

“Well,” she said, “back in the time of slaves, when the people were beaten down and kept like property, they prayed every day and every night for deliverance.

“On the islands near Charleston, they would go to the praise house and sing and pray, and every single time someone would ask the Lord to send them rescue. To send them consolation. To send them freedom.”

I could tell she had repeated those opening lines a thousand times, that she was saying them the exact way she’d heard them coming from the lips of some old woman, who’d heard them from the lips of an even older one, the way they came out like a song, with rhythms that rocked us to and fro till we had left the premises and were, ourselves, on the islands of Charleston looking for rescue.

“One day,” August said, “a slave named Obadiah was loading bricks onto a boat that would sail down the Ashley River, when he saw something washed up on the bank. Coming closer, he saw it was the wooden figure of a woman. Her body was growing out of a block of wood, a black woman with her arm lifted out and her fist balled up.”

At this point August stood up and struck the pose herself. She looked just like the statue standing there, her right arm raised and her hand clutched into a fist. She stayed like that for a few seconds while we sat, spellbound.

“Obadiah pulled the figure out of the water,” she went on, “and struggled to set her upright. Then he remembered how they’d asked the Lord to send them rescue. To send them consolation. To send them freedom. Obadiah knew the Lord had sent this figure, but he didn’t know who she was.

“He knelt down in the marsh mud before her and heard her voice speak plain as day in his heart. She said, ‘It’s all right. I’m here. I’ll be taking care of you now.'”

This story was ten times better than Beatrix the nun. August glided back and forth across the room as she spoke. “Obadiah tried to pick up the waterlogged woman who God had sent to take care of them, but she was too heavy, so he went and got two more slaves, and between them they carried her to the praise house and set her on the hearth.

“By the time the next Sunday came, everyone had heard about the statue washing up from the river, how it had spoken to Obadiah. The praise house was filled with people spilling out the door and sitting on the window ledges. Obadiah told them he knew the Lord God had sent her, but he didn’t know who she was.”

“He didn’t know who she was!” cried Sugar-Girl, breaking in to the story. Then all the Daughters of Mary broke loose, saying over and over, “Not one of them knew.”

I looked over at Rosaleen, who I hardly recognized for the way she leaned forward in her chair, chanting along with them.

When everything had quieted down, August said, “Now, the oldest of the slaves was a woman named Pearl. She walked with a stick, and when she spoke, everyone listened. She got to her feet and said, ‘This here is the mother of Jesus.’

“Everyone knew the mother of Jesus was named Mary, and that she’d seen suffering of every kind. That she was strong and constant and had a mother’s heart. And here she was, sent to them on the same waters that had brought them here in chains. It seemed to them she knew everything they suffered.”

I stared at the statue, feeling the fractured place in my heart.

“And so,” August said, “the people cried and danced and clapped their hands. They went one at a time and touched their hands to her chest, wanting to grab on to the solace in her heart.

“They did this every Sunday in the praise house, dancing and touching her chest, and eventually they painted a red heart on her breast so the people would have a heart to touch.

“Our Lady filled their hearts with fearlessness and whispered to them plans of escape. The bold ones fled, finding their way north, and those who didn’t lived with a raised fist in their hearts. And if ever it grew weak, they would only have to touch her heart again.

“She grew so powerful she became known even to the master. One day he hauled her off on a wagon and chained her in the carriage house. But then, without any human help, she escaped during the night and made her way back to the praise house. The master chained her in the barn fifty times, and fifty times she loosed the chains and went home. Finally he gave up and let her stay there.”

The room grew quiet as August stood there a minute, letting everything sink in. When she spoke again, she raised her arms out beside her. “The people called her Our Lady of Chains. They called her that not because she wore chains . . .”

“Not because she wore chains, “ the Daughters chanted.

“They called her Our Lady of Chains because she broke them”

June wedged the cello between her legs and played “Amazing Grace/’ and the Daughters of Mary got to their feet and swayed together like colorful seaweed on the ocean floor.

I thought this was the grand finale, but no, June switched over to the piano and banged out a jazzed-up version of “Go Tell It on the Mountain.” That’s when August started a conga line. She danced over to Lunelle, who latched on to August’s waist. Cressie hooked on to Lunelle, followed by Mabelee, and off they went around the room, causing Cressie to grab hold other crimson hat. When they swung back by, Queenie and Violet joined them, then Sugar-Girl. I wanted to be part of it, too, but I only watched, and so did Rosaleen and Otis.

June seemed to play faster and faster. I fanned my face, trying to get a little air, feeling light-headed.

When the dance ended, the Daughters stood panting in a half circle before Our Lady of Chains, and what they did next took my breath away. One at a time they went and touched the statue’s . fading red heart.

Queenie and her daughter went together and rubbed their palms against the wood. Lunelle pressed her fingers to Mary’s heart, then kissed each one of them in a slow, deliberate way, a way that brought tears to my eyes.

Otis pressed his forehead to the heart, standing there the longest time of them all, head to heart, like he was filling up his empty tank.

June kept playing while each of them came, until there was only Rosaleen and me left. May nodded to June to keep on with the music and took Rosaleen’s hand, pulling her to Our Lady of Chains, so even Rosaleen got to touch Mary’s heart.

I wanted to touch her vanishing red heart, too, as much as anything I’d ever wanted. As I rose from my chair, my head was still swimming some. I walked toward black Mary with my hand lifted. But just as I was about to reach her, June stopped playing. She stopped right in the middle of the song, and I was left in the silence with my hand stretched out.

Drawing it back, I looked around me, and it was like seeing everything through a train’s thick window. A blur passed before me. A moving wave of color. I am not one of you, I thought.

My body felt numb. I thought how nice it would be to grow smaller and smaller—until I was a dot of nothing.

I heard August scolding, “June, what got into you?” but her voice was so distant.

I called to the Lady of Chains, but maybe I wasn’t really saying her name out loud, only hearing myself call on the inside. That’s the last I remember. Her name echoing through the empty spaces… 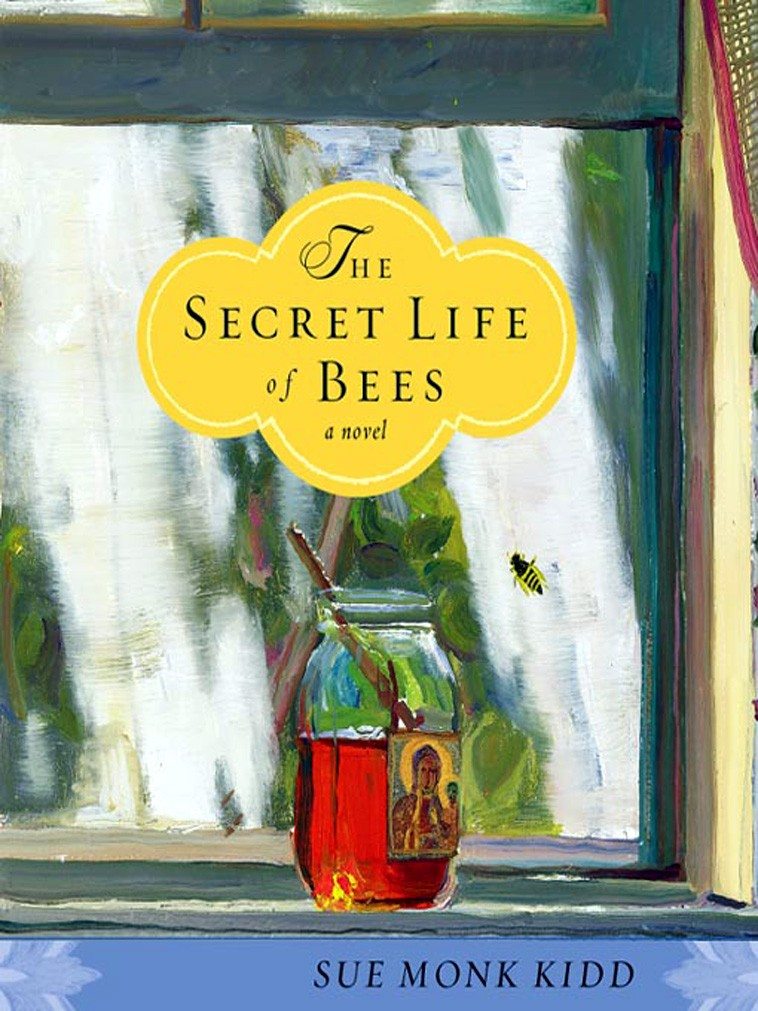 Stories I Ain’t Told Nobody Yet

Ethnic Humor: The Joke As Story